The goal of this project was for the automated focusing system to have great holding torque (80Ncm) for heavy image trains (4-5kg) and very fine steps to accommodate the super tight FSQ106 critical focus zone.

The formula to calculate the critical focus zone on a telescope is :
CFZ = Focal Ratio * Focal Ratio * 2.2
For the FSQ106ED we have : CFZ = 5 * 5 * 2.2 = 55microns
So to be able to have perfect focus achieved we need every step on the motor to be 55microns or less for even better resolution.

The motor used on this build is geared and has a reduction of 250:3 which gives us 4000 steps per revolution.

The actual resolution achieved with this build is 7.45 microns per motor step!

6 part mosaic comprised of 800 frames for each panel.
Stacked on registax and then assembled in Pixinsight.

The Moon today is in a Waxing Crescent Phase. A Waxing Crescent is the first Phase after the New Moon and is a great time to see the features of the moon’s surface. During this phase, the Moon can be seen in the western sky after the sun dips below the horizon at sunset. The moon is close to the sun in the sky and mostly dark except for the right edge of the moon which becomes brighter as the days get closer to the next phase which is the First Quarter with a 50% illumination.

NGC 6910 is a Y-shaped cluster oriented northwest southeast. The two brightest stars are of magnitude 7.NGC 6910 is a small cluster, only 10′ in diameter 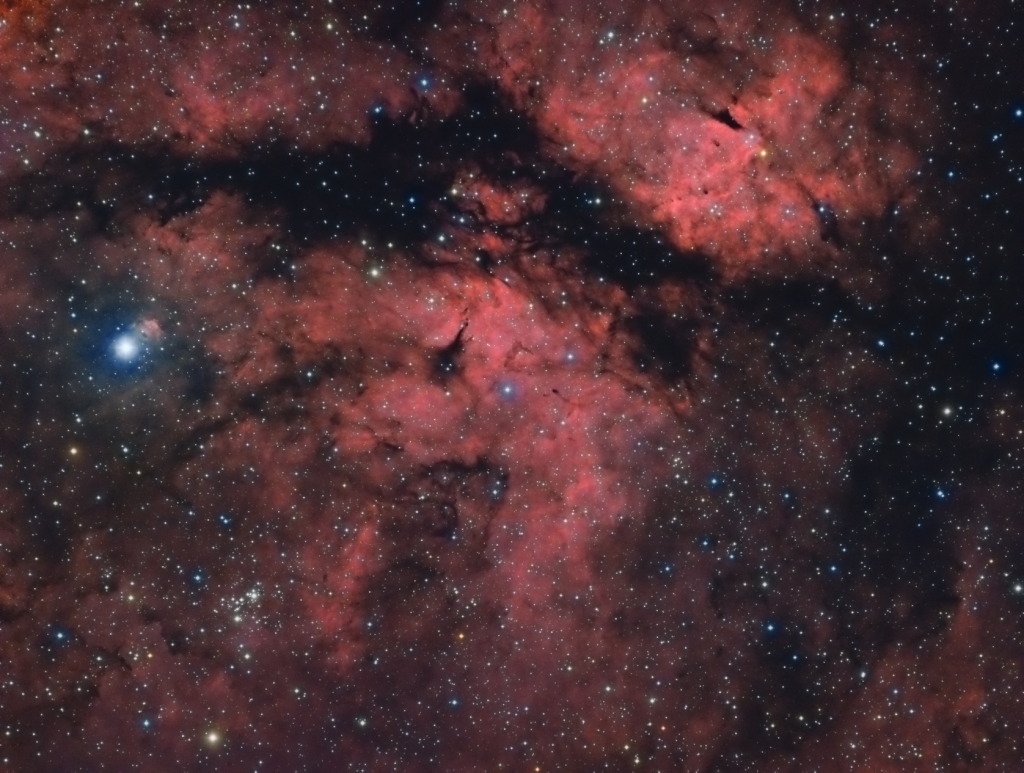 The southernmost star is SAO 49563 (or V2118 Cygni), a variable star of spectral type B1.5Ia. Gamma Cygni, not far off the galactic plane is subject to a great deal of interstellar extinction and reddening from interstellar dust. The dust selectively absorbs and scatters blue light (roughly 1/wavelength), so when you look at a star through dust it will appear redder than it really is (basically the same reason the sun is reddened at sunset). The intrinsic B-V color of a B1.5Ia super giant is -0.2. The observed color is 0.83, about the color of a K0 dwarf or a G5 giant, so the star appears yellowish to the eye. Notice the yellow stars in the cluster, caused by interstellar dust, and the bluish-white stars in the vincinity of NGC 6910. 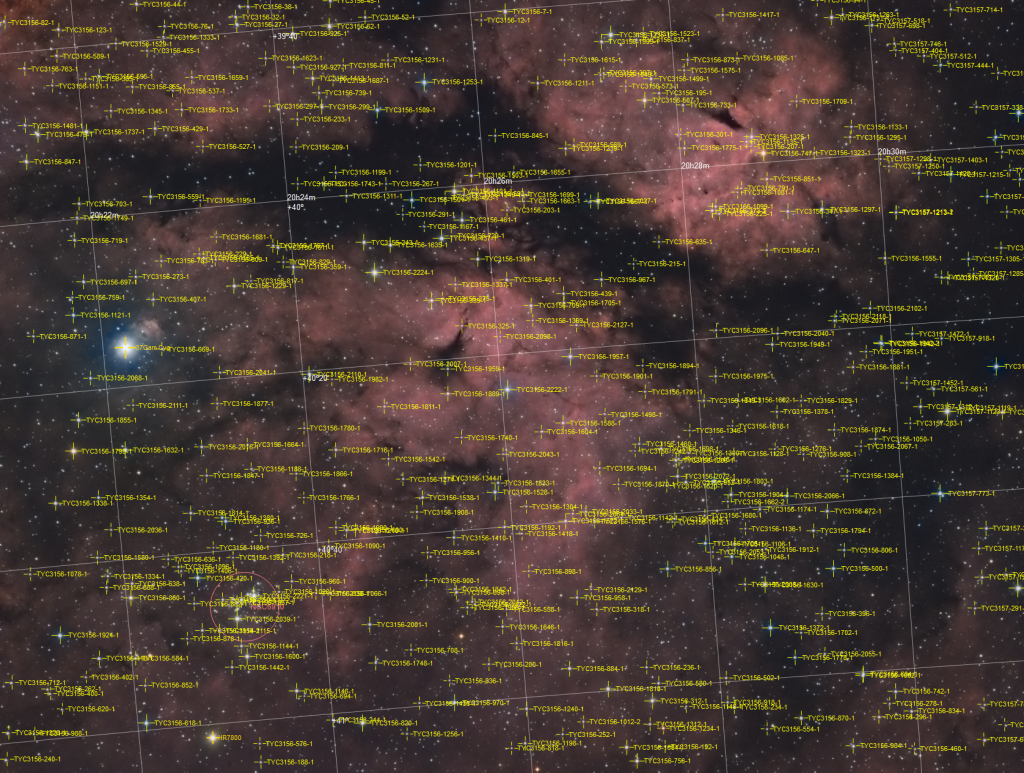 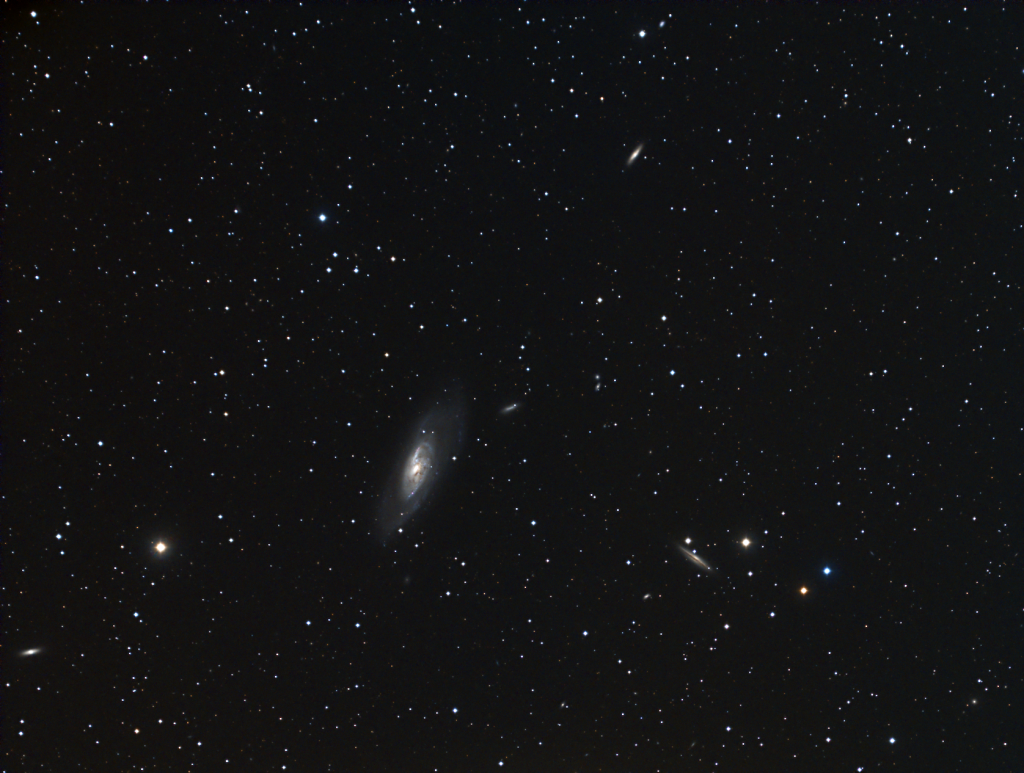 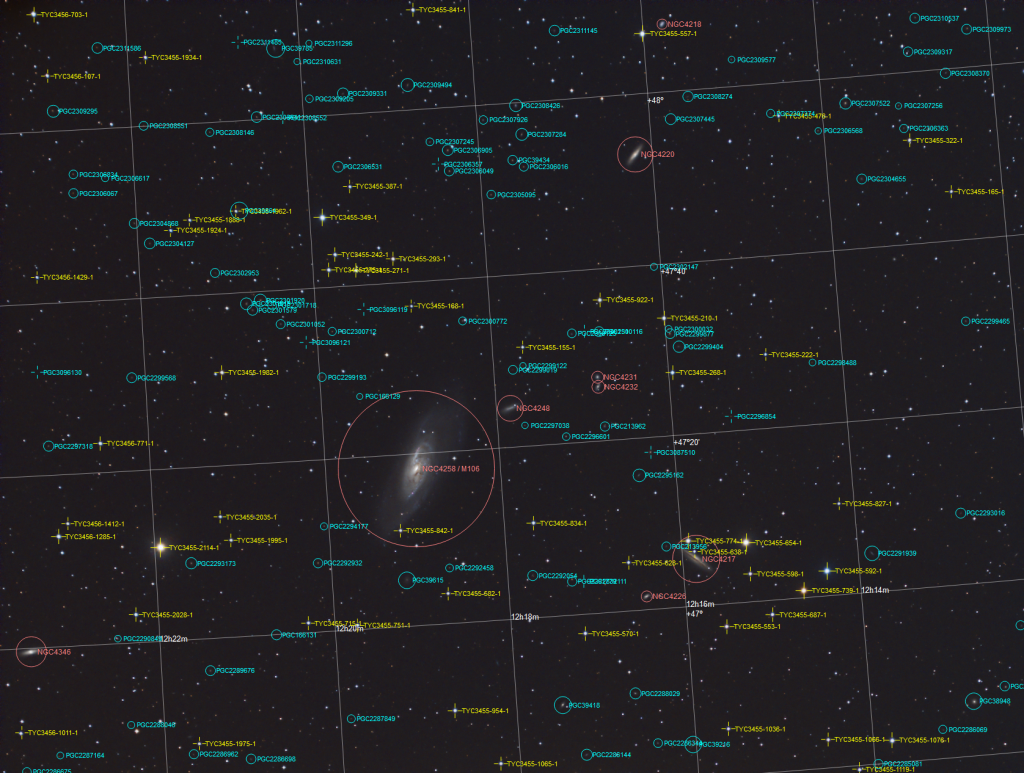